On 1st June and 6th September 2021, the movie returns to where it was filmed 20 years ago. Come watch it before an old school rave, using the DJ that originally performed during the actual filming, Seb Fontaine, and the curator of the iconic soundtrack, Judge Jules. Alongside these 'fellow DJs’ will be long standing Cream Ibiza resident DJ and worker favourite Sean Hughes, Amnesia's longest standing resident Les Schmitz and  who will deliver a foam party during the closing set. 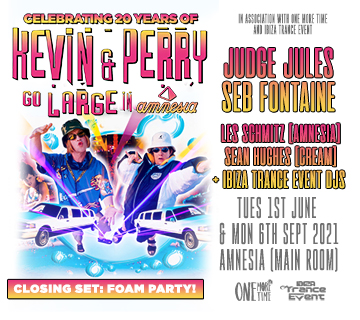 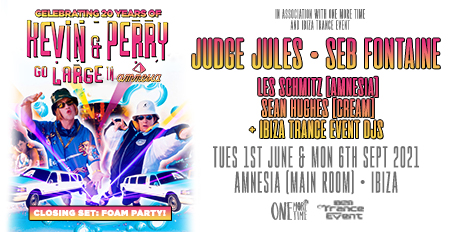