Aoki is no stranger to the island however, this will be Steve’s first foray back since 2019 so fans can expect a huge show and a massive party. Each week, he will be joined by some of the finest DJs and musicians on the planet.

Opening Party and weekly line-ups will be announced soon.

Speaking of the new residency, Steve said:
"Ibiza! I’m coming back after 3 long years. We all waited for summer on the island to be back in full force and that’s what I’ll be bringing to Amnesia, a banger show, a banger line up of guests and friends that will be supporting this new night every Tuesday in July and August. See u there." 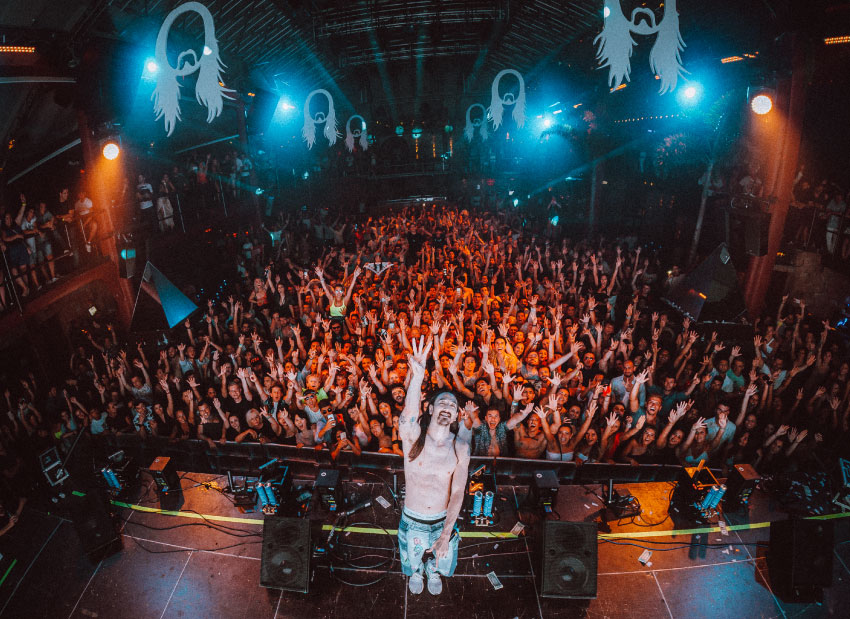 Boasting a 77 million average monthly reach across all his platforms, 2x-Grammy-nominated music producer, artist, fashion designer, entrepreneur and NFT visionary Steve Aoki is one of the most successful cross-genre artists in the world. A Guinness World Record holder for the “Most Travelled Musician in a Single Calendar Year,” Aoki has performed at nearly every top festival around the world, including Coachella, Ultra Music Festival, Lollapalooza, Fuji Rock Festival, Tomorrowland and Electric Daisy Carnival.

This season, Steve Aoki will take Wednesdays to a whole new level! 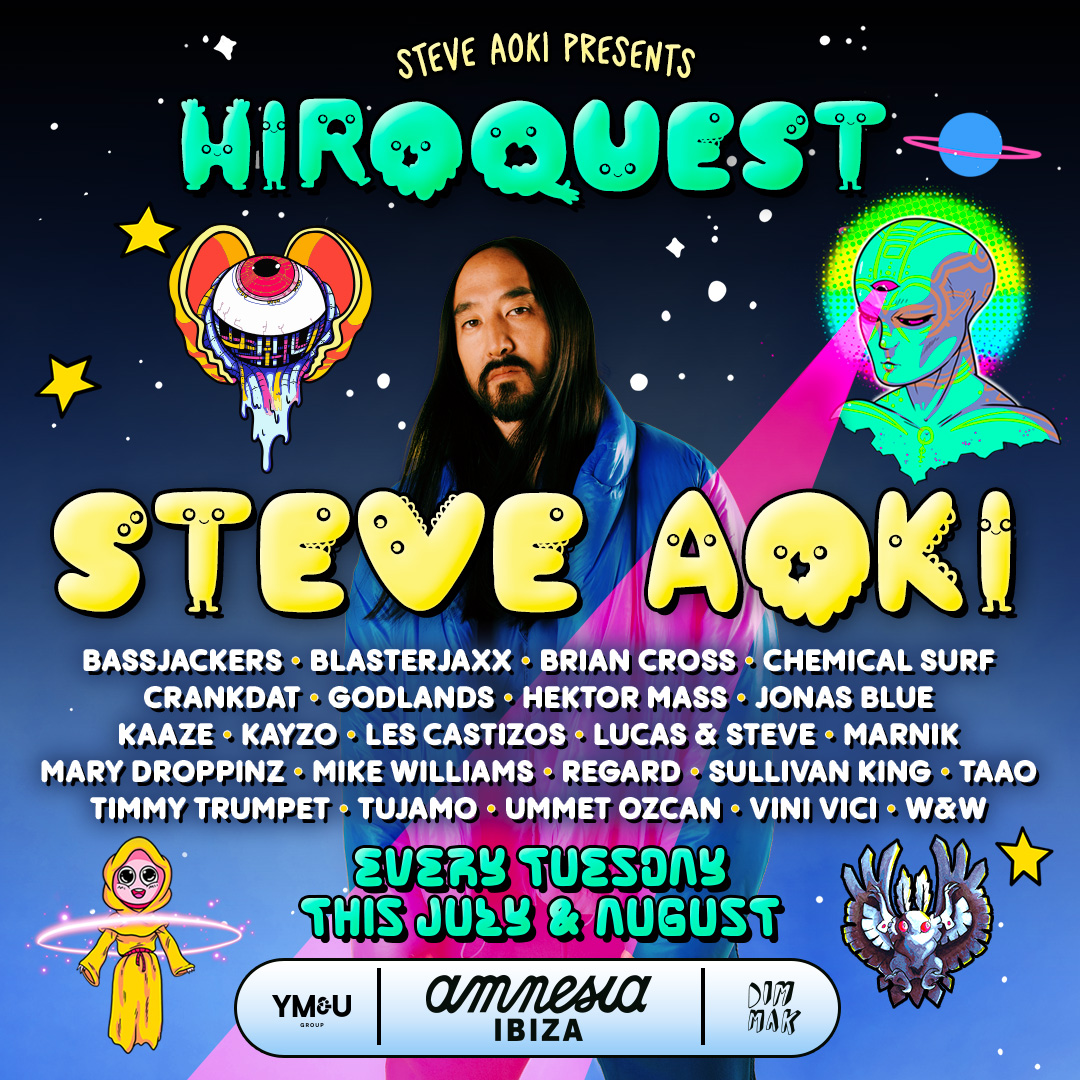 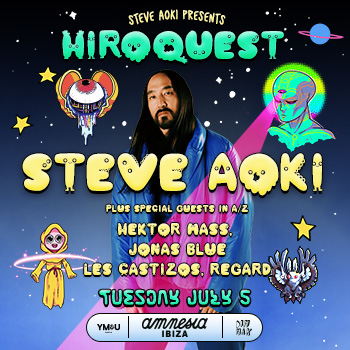 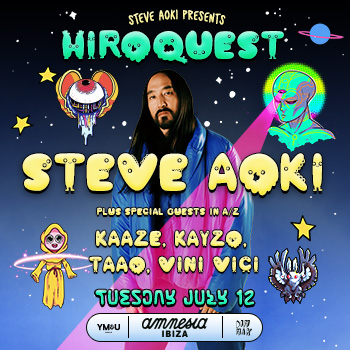 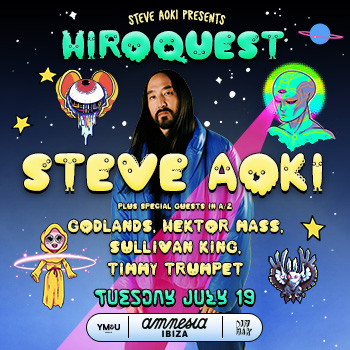 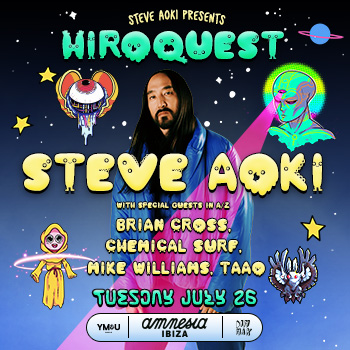