Pyramid Ibiza presents its full calendar for the 2022 season

There is nothing more important to Pyramid than making clubbers' dreams come true. That's why they've designed a spectacular calendar that exceeds expectations and will delight electronic music fans. Every Sunday from 12 June to 9 October, Amnesia will host the most avant-garde and ambitious party of the Ibiza season.

Highlights of the season include the Opening Party on June 12 (with artists such as Adam Beyer, Ricardo Villalobos, Four Tet o Kink), the Closing Party on October 9 (with a memorable B2B between Luciano and Ricardo Villalobos), the performance of Praslesh on June 26, the Extended Set by Sven Väth on July 3rd, the two sets by Maceo Plex on 10 July and 18 September, Adam Beyer's Extended Set on 21 August, RPR Sounsystem's performance on 25 September and the eagerly awaited BICEP Live on 4 September.

And this is just a tiny sample of what Pyramid has prepared this season. Throughout the season the line-up of artists that will be playing at the different booths of Amnesia Ibiza will simply make you fall in love. In addition to those mentioned above, Dj Stingray 313, Héctor Oaks, Denis Sulta, Deborah De Luca, Mar-T, Luca Donzelli, The Blessed Madonna, Floating Points, Avalon Emerson, Alan Fitzpatrick, Sonya Moonear, Special Request, Tini, Seb Zito, East End Dubs, Len Faki, 999999999, Anna Tur, Andres Campo, Cuartero, Fatima Hajji, I Hate Models, Marco Faraone, and many more.

With a calendar like this one, there are no excuses. It's time for you to join the new Ibiza clubbing revolution.

Get your tickets at HERE and turn Sundays into a sacred day for electronic music lovers. 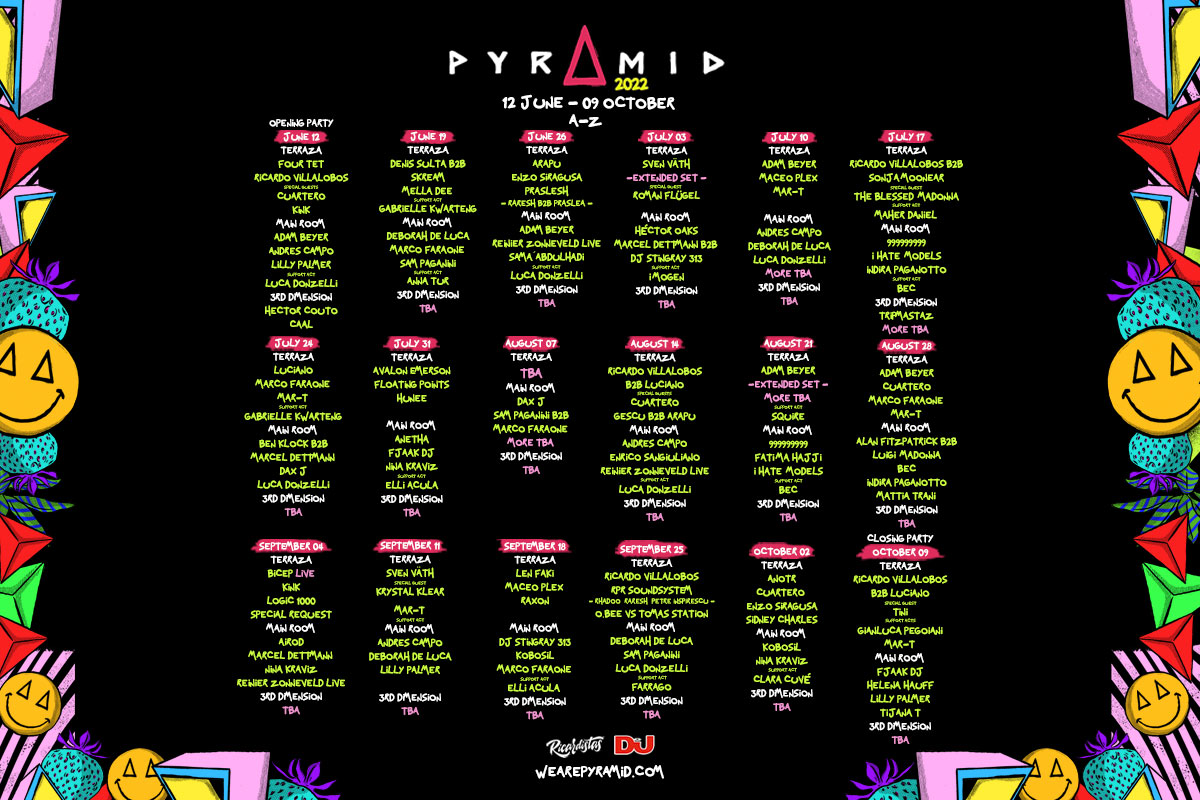