After having successfully hosted the 3rd Dimension space at the Pyramid Warm Up last Friday, April 29, Do Not Sleep is back with the announcement of its return home in the summer of 2022 to offer 8 more parties at Amnesia Ibiza and Cova Santa for a season that is presumed to be spectacular.

Its opening party, on Friday May 27th, will take place in both rooms of Amnesia Ibiza and that promises to maintain the quality standards of a brand that has carved a niche among the proposals of the White Island. The party will bring together a cast of top artists:

The complete line ups for the rest of the Do Not Sleep's season will be revealed very soon. We're sure they'll be spectacular, as their guests over the years have included some of the greatest flavor creators in house and techno, such as Alan Fitzpatrick, Floorplan, Charlotte De Witte, Stacey Pullen, Ilario Alicante, Luigi Madonna, Sidney Charles, Marco Faraone, Seb Zito, East End Dubs and many more.

GET YOUR TICKETS HERE 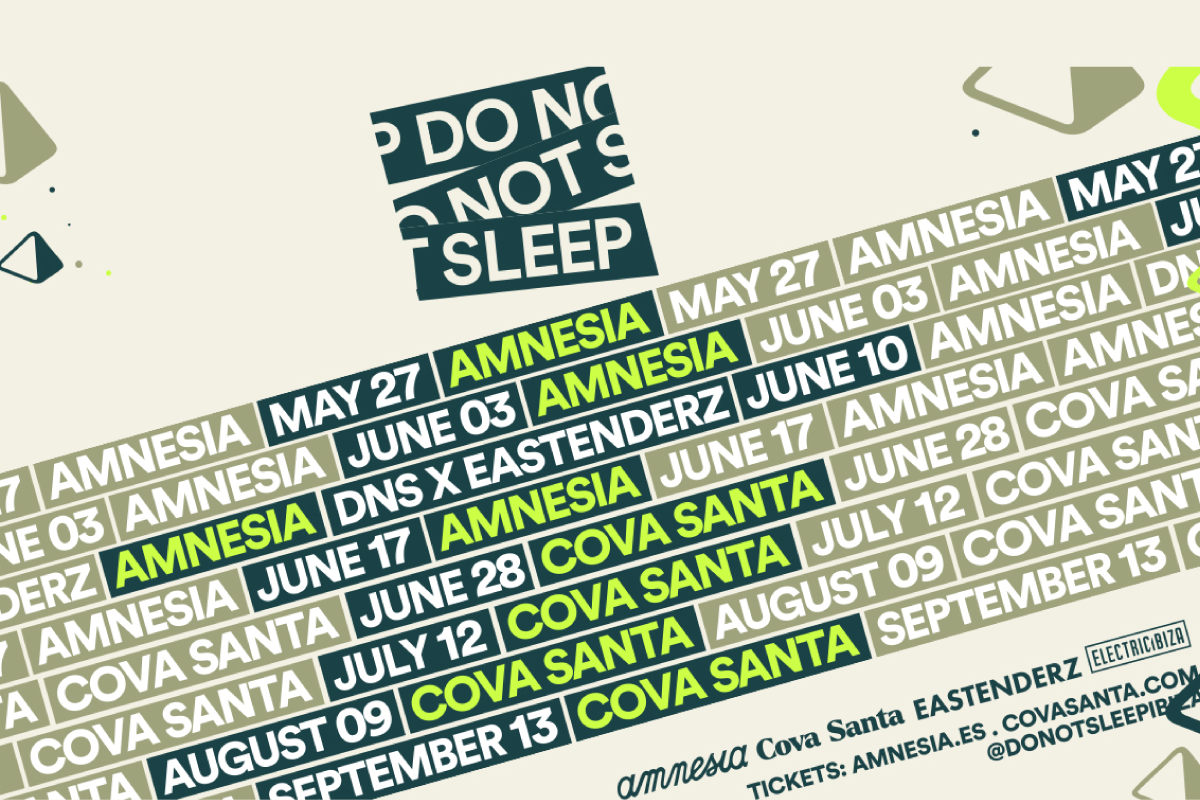