Mondays from June 20 to October 3 at Amnesia will be the talk of the season as Sonny Fodera and Gorgon City will be joined by Danny Howard at The Club every week throughout the summer.

Sonny Fodera and Gorgon City are unquestionable referents of the House sound who will be in charge of creating an unbeatable atmosphere on the Amnesia's Terrace. For such a titanic task they will be joined by an army of top DJs such as DJ EZ, Huxley, Paul Woolford, Lee Foss, Nora En Pure, Dom Dolla, John Summit and many more surprises.

To increase the hype of this event, the Main Room (named this time as The Club) will be in the hands of Danny Howard, legend of underground House, myth of the airwaves at Radio 1 and boss of the Nothing Else Matters major label. Although Danny could take on the challenge alone, he has preferred to treat us to a cast of electronic stars like Hannah Wants, Heidi, Cinthie, Catz 'N Dogz, LP Giobbi, Dusky, Franky Wah, Kristin Velvet, S.A.M. and Shermanology.

Those looking for a more exclusive experience and purchasing a Night Tales Roof Garden - Balcony Ticket, will have access to Night Tales' exclusive open-air Roof Garden for a high-class night with a difference.

For house lovers, Mondays at Amnesia will be pure heaven that you cannot miss.

GET YOUR TICKETS HERE 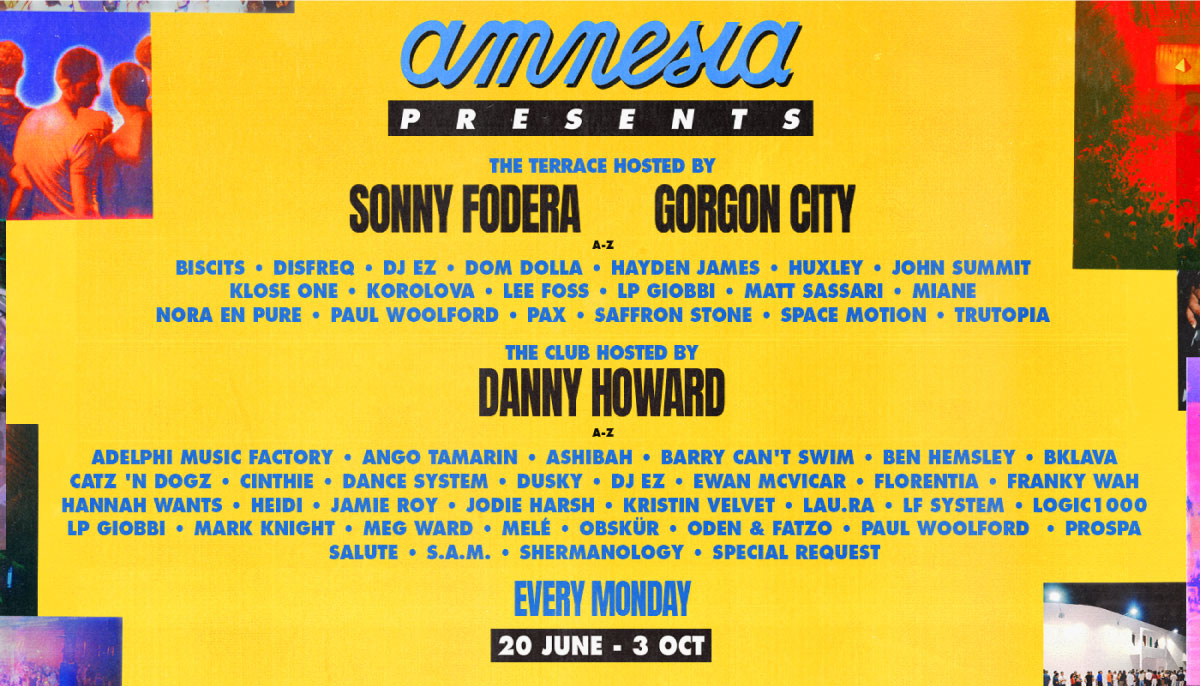